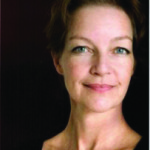 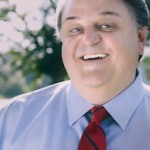 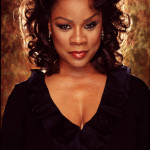 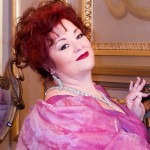 Dietlinde Turban Maazel achieved national fame in her first stage appearance, at the age of 19, as Gretchen in Goethe’s Faust at the Residenz Theatre in Munich. She next starred as Desdemona in Shakespeare’s Othello, for which she received the Bad Hersfeld Festival’s Prize for Best Actress. Mrs. Turban Maazel won the coveted Bambi Award by popular vote as Best Actress of the Year (1983), thanks to a multitude of films and plays filmed for television. Her film credits include Euridice in Ponnelle’s adaptation of Monteverdi’s Orfeo, a starring role in the American thriller Bloodline, and Mussolini and I, in which she played opposite Anthony Hopkins. Mrs. Turban Maazel has appeared as soloist/narrator with the New York Philharmonic, the Pittsburgh Symphony, the National Symphony Orchestra DC, and the Bavarian Radio Orchestra, Munich. Mrs. Turban Maazel has also recorded a number of audio books for Naxos. In 2004, Mrs. Turban Maazel performed her first one-woman play, Constantly Risking Absurdity, at the Cherry Lane Theatre, New York, and then later at George Mason University and for the American Austrian Foundation in Salzburg. In the summer of 2013, she performed Jean Cocteau’s La Voix Humaine at the Castleton Festival. Mrs. Turban Maazel has studied violin, dance, and voice in Munich, New York, and Aspen. Her theatre studies include masterclasses with Peter Brook and Lee Strasberg. In 1996, she founded a private school on her estate in Castleton, and developed a pilot educational project designed to explore new ways of integrating vital artistic and aesthetic values into school curricula. In addition to her role as Artistic Director & CEO of the Castleton Festival, she is on the faculty of Rutgers University, where she created a new course, “Acting for Singers,” for the Mason Gross School of the Arts.

Distinguished American tenor Stanford Olsen is the veteran of over 1500 performances on five continents. Following his Metropolitan Opera debut opposite Dame Joan Sutherland in Bellini’s I puritani, he performed for 15 years with the Met. Highly regarded for his interpretations of the bel canto roles of Nemorino, Almaviva, and Arturo, Olsen has been heard in this repertoire throughout the world at venues such as San Francisco Opera, Houston Grand Opera, Miami Opera, La Scala, Landestheater Stuttgart, Théâtre du Châtelet, Teatro Bellini di Catania, La Monnaie, Australian Opera, Deutsche Oper Berlin, Nederlandse Oper, Tokyo Opera City, and many other opera companies in the USA and Europe. A sought-after clinician and adjudicator, Stanford Olsen has been a frequent judge for the Metropolitan Opera’s National Council Auditions. He has given masterclasses to students all over the country, at universities and conservatories including CCM, Curtis, Eastman, Oberlin, Manhattan School of Music, Rice University, University of Illinois, University of Houston, and USC. He has also worked with the apprentices at the Tanglewood Festival, Opera Theater of St. Louis, Santa Fe Opera, Ravinia Festival, Cleveland Art Song Institute, the Aspen Music Festival, the Utah Opera, and the Metropolitan’s Lindemann Young Artist Program. Olsen is currently on the faculty of the University of Michigan School of Music, Theater, and Dance as Professor of Voice, after 15 years as Artist-in-Residence and holder of the Shelfer Eminent Scholar in Music Chair at Florida State University.

Dramatic soprano Alessandra Marc has consistently been acclaimed as one of the most outstanding artists of our day. With its unique colour, range, and quality, her voice has been praised as “an instrument of unsurpassed beauty and impact” and “perhaps the richest, fullest, most beautiful big soprano voice around” in The New Yorker. Marc gave her first command performance at the White House in 1991, and is a frequent guest of the world’s leading opera houses and orchestras, collaborating with the most eminent conductors and vocalists of our time.