Where are they now 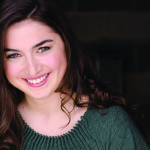 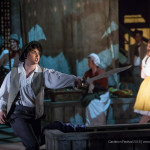 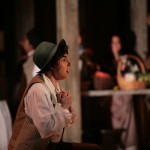 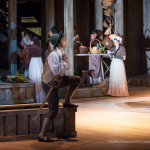 “During my time at Castleton last summer I felt my growth was unparalleled. I made huge strides in my singing with the help of the amazing teaching staff. I was also able to forge important connections that furthered my career. I can’t say enough for the networking possibilities at Castleton. Not only was I able to make important connections but was also able to make some lasting friendships.

The program finishes right before “audition season” begins and I feel that my improvement from the summer is what allowed me to secure a two year residency with Chicago Opera Theater. This is a wonderful program and I would of course recommend it to any young singer looking to advance their voice, languages, acting and movement skills, connections, and artistry.”

Kira Dills-DeSurra (mezzo-soprano) is a 2015-2017 Chicago Opera Theater Young Artist. Ms. Dills-Desurra recently finished a collaboration with First Look Sonoma improvising, creating, and performing in an original opera, Hand to Mouth, alongside renowned tenor John Duykers. In 2014, Ms. Dills-DeSurra was a participant at Castleton Festival performing scenes of Cherubino, Hansel, Nicklausse, and Orlofsky. She returned in 2015 to perform the role of Stéphano in Roméo et Juliette. Some of her previous roles include Zweiter Dame (Die Zauberflöte), Lucy Ricardo (Heggie’s Again), Giannetta (L’elisir d’amore), Amahl (Amahl and the Night Visitors), and Fairy Queen (Iolanthe). 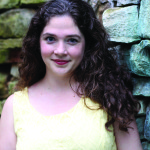 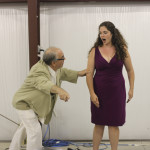 Melissa Jean Chávez, Castleton Artist Training Seminar Alumna, has been acclaimed by the Washington Post for her “voluptuous voice” and “cooly exemplary production”. She has sung for Supreme Court justices, the head of the International Monetary Fund, and performed as a soloist with the United State Army Chorus. For the past four years, Ms. Chávez has been a young artist at the Castleton Festival, under the direction of the late Maestro Lorin Maazel. Performances at the Castleton Festival include roles and covers in A Little Night Music, Otello, and Britten’s Les Illuminations. She sings with multiple opera companies in the greater Washington DC area, recent and upcoming roles include Beatrice (Béatrice et Bénédict), Adriana (Adriana Lecouvreur), Carmela (La Vida Breve), Maddalena (Andrea Chenier), Libby Norton (Norton: A Civil War Opera), Beatrix (Les Bavards), Donna Elvira (Don Giovanni), Desdemona (Otello), Giorgetta (Il Tabarro) and the title roles in both Suor Angelica and Princess Ida.She also appears regularly as a recitalist, soloist, and with DC Opera on Tap, a performing group who entertains in DC area bars and wineries. Ms. Chávez is a two-time winner of the Bach-Handel Competition, has placed in numerous NATS competitions, and received multiple grants for performance and study including the Marion Park Lewis Foundation grant. 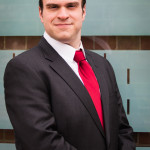 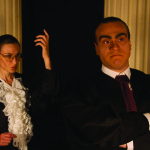 “Castleton allowed me the chance to work with world-class music educators and musicians. The friendly home atmosphere was incredibly inviting and every meeting felt like I was comforted and challenged to be the best musician I could be. Personally, I have been in constant contact with several fellow performers that I spent the festival with and I feel those relationships furthering my growth as an artist. The CATS Program is fantastic for any artist looking to bridge the gap between the educational environment of university and the professional world.”

Tenor John Overholt has been praised by Cincinnati Enquirer’s Janelle Gelfand, as having “stole[n] the show” as The Witch in CCM Opera’s 2014-2015 season production of Hansel and Gretel. Recent roles include Nemorino (L’elisir d’amore), Jenik (The Bartered Bride), and Rinuccio (Gianni Schicchi). John received his M.M. in Vocal Performance from CCM, where he studied with William McGraw. He received his B.M. in Vocal Performance from East Tennessee State University. 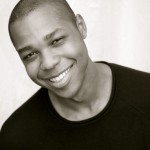 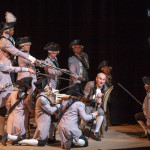 “CATS has been one the best experiences of my singing career. The opportunity to work with countless masters of their art from Maestro Maazel to so many master coaches and teachers is unbelievable. Not only is the opportunity and the support so vibrant, but it all takes place in one of the most beautiful and peaceful environments I’ve ever been to. The Castleton Festival is simply a very special place.”

Davone Tines, deemed a “…charismatic, full-voiced bass-baritone…” by The New York Times, is building an international career commanding a broad spectrum of opera and concert performance. This past season included performances with the Boston Pops in Symphony Hall and Tanglewood where he was a 2015 Tanglewood Music Center Fellow, and a debut with the American Repertory Theater in the world premiere of Matthew Aucoin’s Crossing, directed by Diane Paulus, and to be reprised at LA Opera and the BAM in 2017.

This coming season, Mr. Tines will debut with the Dutch National Opera in Kaja Saariaho’s Only the Sound Remains, directed by Peter Sellars. He will reprise the role with the Ojai Music Festival and the Finnish National Opera. In Fall 2016, Mr. Tines will make his debut with the London Symphony Orchestra and the LA Philharmonic in John Adam’s El Niño, to be reprised with the New York Philharmonic in 2017. He will continue his collaboration with John Adams and Peter Sellars in a new work for San Francisco Opera in the Fall of 2017.

Past seasons include performances in La Bohème at the Royal Opera House Oman, La Fanciulla del West in Spain and with the Castleton Festival, as well as Otello, all under the baton of Maestro Lorin Maazel. Mr. Tines is a 2009 graduate of Harvard University and 2013 Master of Music graduate of The Juilliard School.